Lebanon’s Jezzine is one of the country’s most beautiful districts. Surrounded by mountain peaks and pine forests, it is one of Saida’s summer resorts and tourist destinations. Not only does it offer stunning natural beauty, but the area is also home to major religious sites and ancient ruins.
The area of Jezzine is also remarkable for its rich agricultural diversity. Although years of political difficulties have left the area’s tremendous, promise largely untapped, however, thanks to sustainability efforts this is beginning to change.

Over the last few years, initiatives to capitalize on Jezzine’s potential have been coming to fruition. On the whole, these revolve around the principal of nature tourism meaning responsible travel to natural areas that simultaneously conserves the environment and improves the welfare of local people. Nature tourism is especially suitable for an area like Jezzine, whose inhabitants are overwhelmingly proud of their home. Through this the emphasis of travel is focused on mingling with the local community. Travelers are also made aware of local concerns such as the conservation of natural areas, as well as endangered and threatened heritage.

1- Bkassine Pine Forest
Bkassine lies next to the largest fruitful pine forest in the Mediterranean, spreading over 200 ha.
This forest is the most important feature of the village and is the main touristic attraction.

The Municipality is responsible of the management of the forest and of all activities taking place within. The forest includes several traditional features such as kilns, olive presses, old bridges, water sources and hydraulic mills representing an ideal location for ecotourism. The forest also offers a beautiful panoramic views of the Mount Lebanon ridge.

2-Jezzine’s waterfalls
At 74 m they are among the highest in Lebanon and have earned the town the title of ‘City of Falls’. According to Joe Naim, consultant of the Union of Jezzine Municipalities, “to see it in full force it is necessary to come in winter or spring.”

3- Explored caves
The Fakhreddine grotto is especially well known. Situated 500 m from the waterfall, it is a cave that Emir Fakhreddine hid in before the Ottomans captured and killed him. It was still used as a refuge for people of the region at the time of both the first and second world wars.
No photo available.

4- A diversified landscape
Jezzine’s mountains also bear a mass of unexplored caves. With its average altitude of 950 m, it offers stunning views with the higher altitude lands offering views of the town and the Mediterranean, as well as the Mount Lebanon ridge. The area where the mountains reach their phenomenal height of 1670 m has fondly been called “Toumet Jezzine”, and a recently planted cedar forest is known as The Coca Cola Cedar as it was financed by the company.

6-Hiking & trekking
The Lebanon Mountain Trail, is a long-distance hiking trail extending from Qbaiyat in the north of Lebanon to Marjaayoun in the south. The Jezzine region is one of the country’s most-loved hiking spots and showcases the natural beauty of Lebanon’s mountains. The Iris Flower Hotel hosts LMT hiking trips over distances both long and short – the choice is yours! Horseback trekking has
gained in popularity worldwide over the years and is available now in Jezzine.

7-Mouneh
A selection of preserved foods for the winter months that Lebanon has become famed for. Jezzine specialties include pine nuts, olive oil, olives, soap, kechek, jams and Arak. Jezzine’s wine is also becoming more and more known. Medical herbs and locally made candles are other favorites.

8-Local handicrafts
Daggers made of inlaid mosaic and bone, and trademark ebony and bone handled cutlery, typically inlaid with mother of pearl, gold, silver and other precious metals. Of the cutlery, most favored are those with handles carved in the shape of a phoenix and vibrantly painted. This firebird cutlery has been presented to dignitaries all over the world, a tradition that began in the 18th century with a gift to the Sultans of Oman. All visitors to the Lebanese Presidential Palace continue to receive the phoenix-handled knife.

9-Jezzine’s B&Bs
offer as much of the Jezzine experience as the tourist activities themselves. There are 8 in the Jezzine district, operated by amazing women giving a range from B&B to full board, most of them in Bkassine. As for hotels, there is Jezzine’s newest Iris Flower Hotel (mentioned above), the popular Bouhaira Hotel near the lake of the village of Annane and the L’Etoile du Loup resort consisting of 15 chalets around a small pool; it has been open for two years now.

10-Wine and dine at Karam Winery
During the spring and summer seasons, the winery is open for visitors with prior notice from 10:00 am till 5:00 pm. Visits include lunches, wine appreciation and tasting courses.

This website is made possible by the generous support of the American people through the United States Agency for International Development (USAID). The contents are the responsibility of FHI 360 and do not necessarily reflect the views of USAID or the United States Government. 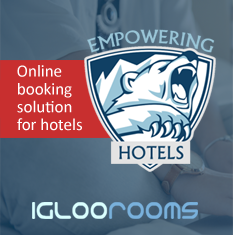